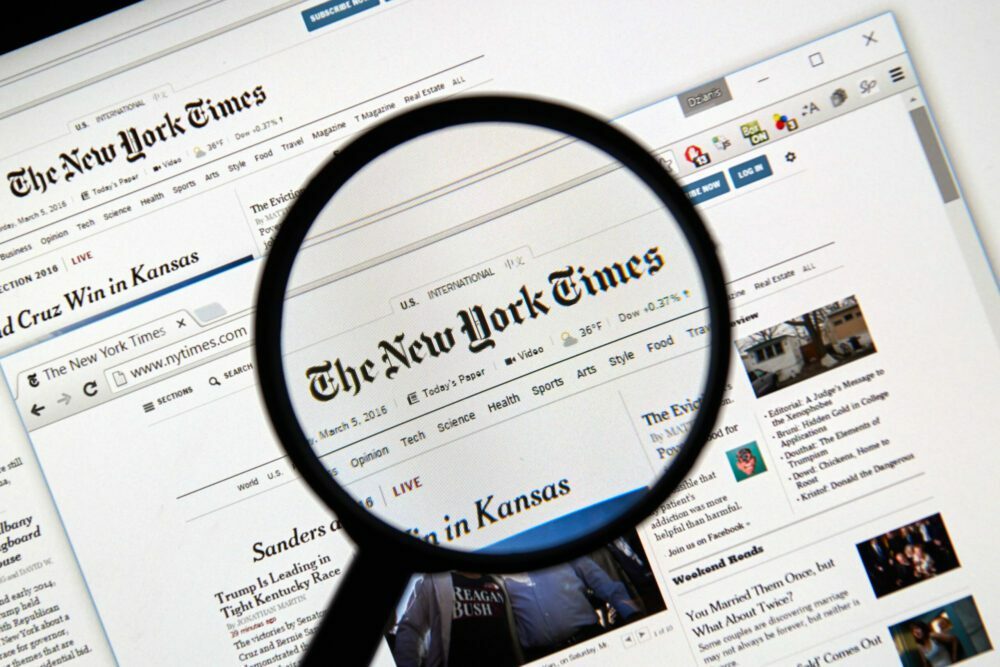 Times reporters have brought fire to the feet of House Minority Leader Kevin McCarthy, reporting on a recording of private remarks that McCarthy made to other Republicans in the days following the Jan. 6 storming of the Capitol.

In those remarks, as reported by the Times, McCarthy was critical of President Donald Trump, telling Republican colleagues that he believed Democrats had votes to impeach him, in which case, “It would be my recommendation that he resign.”

The Times produced the recording after a McCarthy spokesperson denied that his boss said “he’d call Trump to say he should resign.”

Taking words out of context to achieve something other than capturing truth is what, unfortunately, defines much of our left-wing union media today, particularly The New York Times.

I wrote in my own column then that, considering the circumstances of what appeared to be certain impeachment, Trump should consider resigning. I called it a “Masada moment,” referring to the band of Jews 2,000 years ago, trapped on a mountaintop by Roman troops, who decided to take their own lives rather than being captured by the enemy.

My advice, and it appears what McCarthy had in mind then, was that a Trump resignation with only 10 days left in his presidency would deprive Democrats of the political objectives they hoped to achieve with impeachment.

The point was to minimize political costs, not repudiate Trump.

If anyone doubts that The New York Times is about a political agenda rather than delivering truth, they should compare how the Times has covered the McCarthy affair to the story about Hunter Biden’s laptop.

The Times reporters get big headlines in their breathless delivery of the McCarthy story, which is included in an upcoming book they are publishing.

In contrast, the Times reported on March 16, 2022, confirmation of the authenticity of Hunter Biden’s emails, showing his extensive business dealings trading on the position of his vice president father. This a mere year and a half after the New York Post broke the story in October 2020.

Can anyone doubt that The New York Times, along with left-wing social media brethren, withheld this blockbuster story a month before the presidential election?

And can any thinking person not appreciate that this alone could have made all the difference in the razor-thin margins that delivered the election victory to Joe Biden?

Now the New York Post has just dropped another bombshell.

After reviewing White House visitor logs, the Post reports “Hunter Biden’s closest business partner made at least 19 visits to the White House and other official locations between 2009 and 2015, including a sitdown with then-Vice President Joe Biden in the West Wing.”

It appears that President Biden, who has said, “I have never spoken to my son about his overseas business dealings,” may have lied.

Is this a big story? I think so.

As the Times plays this down, it insults our intelligence, focusing on McCarthy and diminishing the truth that what someone speculates about in private — particularly an influential political player — may diverge from what they decide to say publicly.

When President Ronald Reagan proclaimed his 11th commandment — “Thou shalt not speak ill of a fellow Republican” — surely, he was talking about what is said in public. Reagan understood the critical importance of party unity.

Under Trump’s leadership, our economy was growing at a pace not seen in years. Black and Hispanic unemployment rates reached all-time lows. A historic peace between Arab nations and Israel was achieved.

Now we are buried in debt, inflation and phlegmatic growth, and Russia has invaded Ukraine.

Delivery of good information to voters is critical in a democracy.

We are paying a dear price for not getting it.