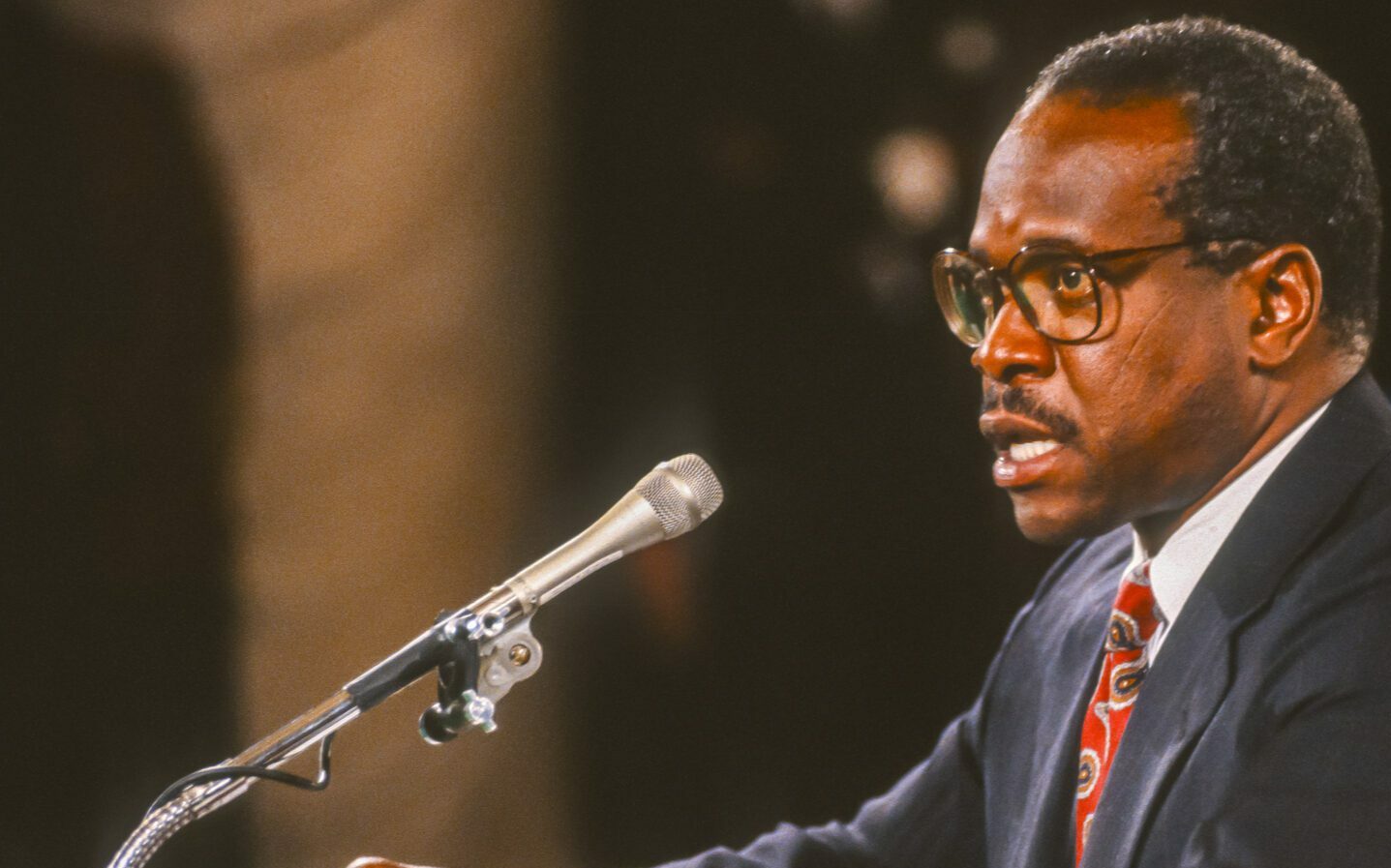 “Mr. Biden’s campaign promise that he’d appoint a black woman to the Supreme Court is unfortunate because it elevates skin color over qualifications.”

Thus, The Wall Street Journal editorial page captured, in one sentence, the sentiment of many if not most of right-of-center white Americans about the president’s campaign pledge, which he appears to have every intention to fulfill.

But, no pun intended, is it all really so black and white?

May we ask if ever there might be justification for taking race and gender into consideration as deciding factors in making a Supreme Court nomination?

I believe we can answer this question by looking at the one Black justice on the Supreme Court, Associate Justice Clarence Thomas.

Thomas is now the longest-serving sitting justice on the U.S. Supreme Court. When he was nominated by President George H.W. Bush in 1991, there was never any question that Bush would nominate an African American to replace the legendary Thurgood Marshall.

This was clearly a “Black seat” on the Supreme Court, and it would stay that way.

However, race is not a reality with one dimension. Despite what some might think, Black reality is as multifaceted and complex as is all of human reality, and the views of Black Americans cover the full scope of the political spectrum.

And thus, Bush did indeed appoint a Black man to replace Marshall. But this Black man was a conservative.

And Clarence Thomas has shown himself to be a brilliant conservative addition to the court. Had not Bush felt it politically important to replace Marshall with an African American, our country would be the worse off for not having given this African American the opportunity to shine and contribute immeasurably to our nation.

But the other side of this coin is to note the irony that the then-chairman of the Senate Judiciary Committee through which Thomas’ nomination had to pass was our current president, Joe Biden.

The then-Sen. Biden presided over a confirmation hearing that he allowed to be transformed into a carnival of pornography, allowing Anita Hill to make shameful public accusations about Thomas that had no place in a Senate hearing, and that defamed Thomas such that one wonders if full recovery in the court of public opinion is ever possible.

In a recent documentary, Thomas spoke about what happened and how, under Joe Biden’s chairmanship of the Judiciary Committee, liberals sought to destroy him because he is a conservative: “People should just tell the truth: This is the wrong Black guy. He has to be destroyed. Just say it. Then now we will be honest with each other.”

In fact, the track record of liberals toward minority Americans who are not liberal is not pretty.

Janice Rogers Brown, a conservative/libertarian African American woman who served as a justice on the Supreme Court of California, was nominated by President George W. Bush to the U.S. Court of Appeals for the District of Columbia Circuit. Senate Democrats blocked her nomination for two years until she was finally confirmed in 2005.

The point is our country has a complex history and cultural reality in addition to its ideals.

Among our ideals should be mutual human respect and decency.

There can be justification for Biden’s commitment to nominating an African American woman to the court.

Let’s give Childs, and the process, the respect they deserve.