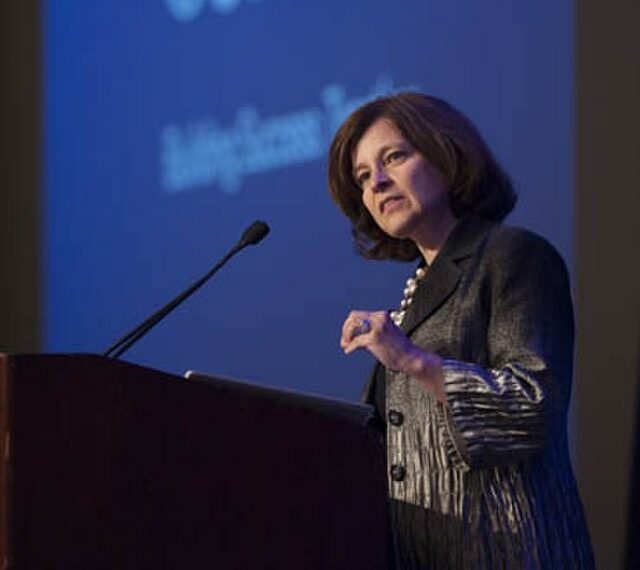 If we have detached from what our nation supposedly is about, what idea could we possibly have about what its top judiciary body is supposed to be about?

But this is what is happening. The American ideal that a just society is a free society is disappearing into the wind. And replacing it is the progressive idea that we give ultimate power to selected men and women to decide what our lives should be about.

Nothing demonstrates this more than the lineup of nominees that Biden has been sending to Congress for confirmation.

Most recent is Sarah Bloom Raskin, whom the president has nominated to be vice chairman of supervision of the Federal Reserve Board of Governors.

Raskin doesn’t see her potential new role merely as supervising a smooth-running economy and banking system. She sees her role as prophet and navigator of America’s future.

But the difference between today’s progressive prophets and the prophets of the Bible is the latter knew they were not God but spokespersons for the Creator.

Raskin is convinced she knows the future. She questions, for instance, why oil and gas companies received credit and capital infusions from the government during the coronavirus crisis along with other industries.

“The decision to bring oil and gas into the Fed’s investment portfolio not only misdirects limited recovery resources but also sends a false price signal to investors about where capital needs to be allocated.”

“Why is the Fed Spending So Much Money on a Dying Industry? It should not be directing money to further entrench the carbon economy,” reads the headline of her New York Times article.

Based on what does Raskin declare a death sentence on the multitrillion-dollar oil and gas industry?

In April 1977, President Jimmy Carter made the same prediction. He spoke to the nation, announcing that we are in an “energy crisis,” that the world is running out of oil and gas, and that the only way to transition to a new world with energy alternatives would be building and investing in major new government programs.

The result of Carter’s vision that big government was the answer to our challenges was multibillions of dollars in wasteful government spending and years of delay in the country making adjustments to new realities in energy — adjustments that could only be achieved by letting free markets work.

The crisis then, like today, was not a crisis about natural resources but a crisis in governing, where too many Americans bought the distortion that they needed much more, not much less government.

Carter was a one-term president, and by 2019, the United States was energy-independent, producing more oil and gas than it consumed.

Meanwhile, Raskin’s husband, Rep. Jamie Raskin, has been hit with an ethics violation charge for failing to report the sale of stock by his wife, cashing in for $1.5 million, in a firm under supervision by a federal agency that she used to lead.

I am reminded of the quote of Lord Acton, “Power corrupts … “

Corruption and political power are bedfellows. One follows the other.

It’s not the job of our politicians or our government to decide what America’s future should or should not look like. It’s not their job to decide which industries will flourish and which will fail.

Let me remind all of the critically important phrase in the preamble to our constitution, explaining why it was created and adopted: “to secure the blessings of liberty.”

The job of our politicians and our government is to work to “secure the blessings of liberty.”

Securing life, liberty and property is what will secure our future.