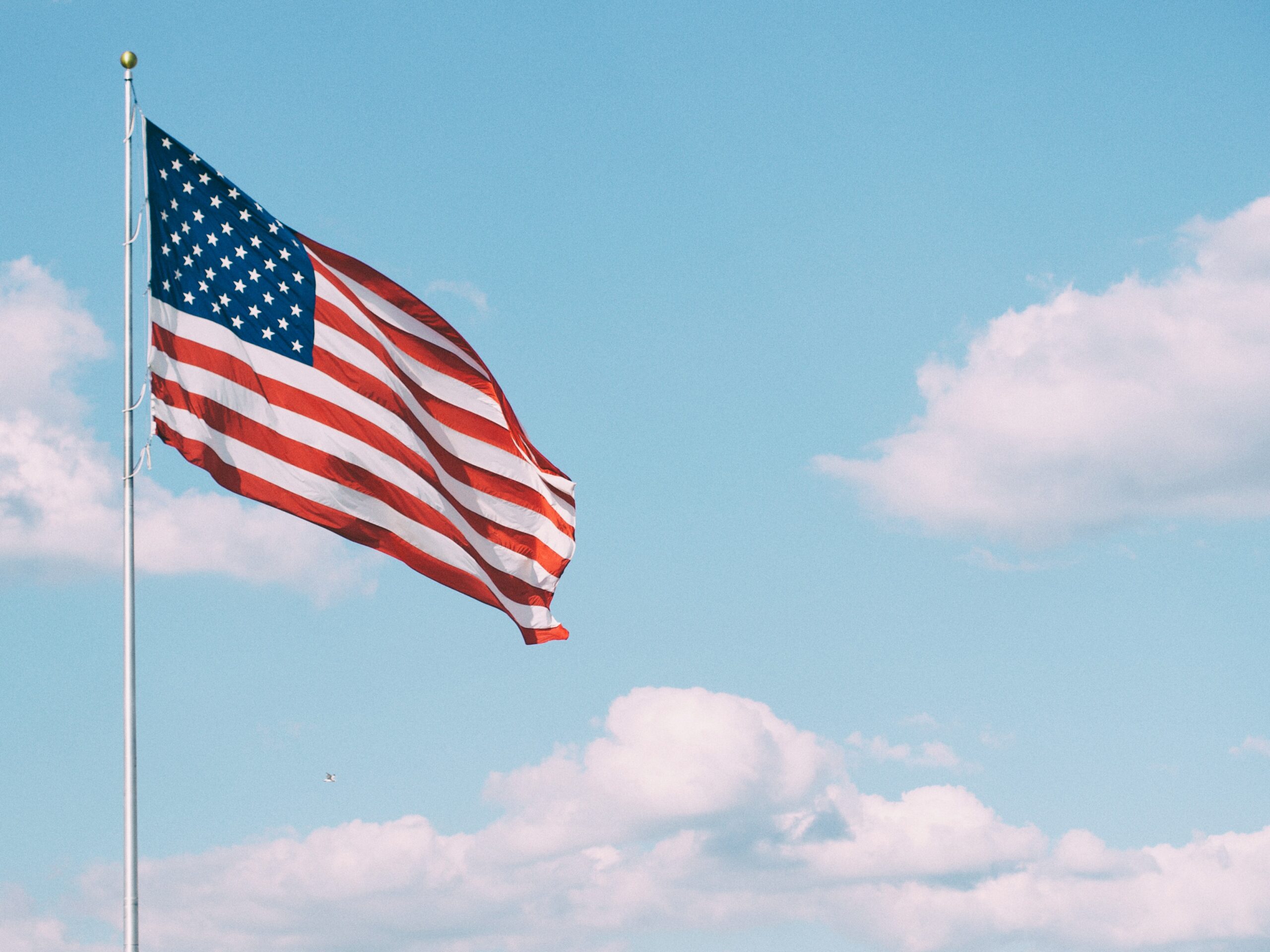 We learn in proverbs that “When there is no vision, people become unruly.”

If we accept the wisdom of Proverbs, it’s essential that the United States of America has a clear and defining vision, universally accepted by its citizens.

Taking further guidance from Proverbs, we assume that there are eternal truths and that America’s vision links to those truths as they apply to management and operation of the nation.

The purpose of this paper is to clarify how The Center for Urban Renewal and Education (“CURE”) understands the vision of America and the implications for CURE’s mission and work.

CURE’s founder and president Star Parker often speaks of the 3 C’s – Christianity, Capitalism, and the Constitution – as the key elements that define the vision of America and to which we must look to understand the success of the nation.

Some may claim that to include Christianity in the principles that define the American vision violates freedom of religion, as defined in the First Amendment to the Constitution.

The First Amendment reads: “Congress shall make no law respecting an establishment of religion or prohibiting the free exercise thereof.”

When we refer to Christianity as a source of defining principles for the nation, we are talking about the principles of virtue and morality embodied in Christianity. We are not talking about a national religion, encoded in law, forcing citizens to accept Christian theology and practice the Christian religion.

We understand the First Amendment as prohibiting Congress from establishing a state religion and guaranteeing freedom to citizens in their religious observance and practice. We see no prohibition in the First Amendment of the presence of religion in public spaces or involvement of government in religion.

Notable in support of this understanding is the fact that the day after Congress passed the First Amendment, September 24, 1789, it passed a resolution calling for a day of national prayer and thanksgiving. It reads: “We acknowledge with grateful hearts the many signal favors of Almighty God, especially by affording them the opportunity peacefully to establish a constitutional government for their safety and happiness.”

On September 19, 1796, toward the end of his second term in the presidency, George Washington publicized his farewell address to the nation. In it he observed, “Of all the dispositions and habits which lead to political prosperity, religion and morality are indispensable supports….Whatever may be conceded to the influence of refined education, on minds of particular structure, reason and experience both forbid us to expect that national morality can prevail in exclusion of religious principle.”

In other words, a free people must be a virtuous people. This was Washington’s message.

According to Tocqueville, “America is…the place in the world where the Christian religion has most preserved genuine power over souls; and nothing shows better how useful and natural to man it is in our day, since the country in which it exercises the greatest empire is at the same time the most enlightened and free.”

In brief, Tocqueville notes that success of freedom in America must be linked to prevailing behavioral mores defined by Christian principles.

He continues that “in regulating the family it works to regulate the state.”

Christian principles, which focus on personal responsibility, marriage and family, and sanctity of life and property, enable a free society. In other words, a society where individuals self-govern circumvents politics.

We see today the accuracy of Tocqueville’s observations accounting for the great success of the young republic and the damage that has been done by abandoning these principles in our time.

Poverty and crime prevail where the traditional family has collapsed.

By capitalism, we mean economic freedom.

Here is how economic freedom is defined in the Heritage Foundation Index of Economic Freedom:

“Economic freedom is the fundamental right of every human to control his or her labor and property. In an economically free society, individuals are free to work, produce, consume, and invest in any way they please. In economically free societies, governments allow labor, capital, and goods to move freely, and refrain from coercion and constraint on liberty beyond the extent necessary to product liberty itself.”

Most importantly, we are not just talking about philosophy but about empirical reality. Economic freedom demonstrably and predictably produces greater prosperity.

The chart, from the Index of Economic Freedom, shows the results of measuring economic freedom in 186 countries and results are clear. The more economic freedom that any nation has – as measured by the quality of their rule of law, by the size of their government, by the efficiency through which markets are regulated, and the extent to which markets are allowed to function openly – higher incomes and prosperity result.

The idea of economic freedom was part of America’s founding.

And it is also critical to note that this principle is consistent with the Christian principles that we see as fundamental to the American vision.

The precepts in the Ten Commandments against theft and coveting recognizes the sanctity of private property and the prohibition to be concerned about what others possess.

In 1776, representatives from the thirteen American colonies convened and signed the Declaration of Independence, which severed their ties to Great Britain and declared themselves an independent new nation.

Eleven years later, in 1787, they reconvened in a Constitutional Convention to create what amounted to the operating manual for governing the new nation.

Two years later, in 1789, the blueprint for governing the United States of America – the U.S. Constitution – was ratified and the new government established.

The preamble of the Constitution states clearly the purpose and ends for which the Constitution is the means. That is, it reflects the will of “we the people” to “secure the blessings of liberty to ourselves and our posterity….”

Whereas the Declaration of Independence was the vehicle through which the nation’s founders expressed the eternal principles defining the nation as a free nation Under God, recognizing the equality of all men in their rights to “life, liberty, and the pursuit of happiness” – the Constitution codified the means of governing that would embody and secure these principles.

The formidable task undertaken in the drafting of the Constitution was to establish the governing rules for the federal government that strikes the right balance between the states and the nation’s citizens such that the “blessings of liberty” are not compromised.

Because the Constitution and its implementation in governing the nation is the work of men – whether we are talking about our understanding of the constitutionality of the existing body of law, or the passage of new law – we must be eternally vigilant that the law of the land is consistent with our defining principles – “securing the blessings of liberty.”

In this sense, compromise from founding principles began with ratification of the Constitution in that the institution of slavery was rationalized in a nation founded on the principles of human equality and liberty.

It was through considerable pain that this problem finally was addressed in the 13th and 14th amendments.

Many court decisions in the last century undermined first principles and opened the door to vast expansion of government power, undermining individual liberty and undermining principles of a nation Under God.

Expansive interpretation of “general welfare”, for instance, justified government to do just about anything.

In court decisions justifying violation of the protection and sanctity of life and redefining marriage, judges went where they had no business going. Sanctity of life and marriage are objective and eternal truths, which the Constitution should be protecting.

Religious liberty protection in the first amendment has been grossly misinterpreted to justify a war on religion and purging of all religious practice and values from our public spaces.

The result of these distortions has been vast expansion of government – in 1900 the federal government took 2.8% of GDP, today it takes 23.2% of GDP.

Because today we undermine rather than protect the principle of “right to life”, over 60 million unborn children have been destroyed in the womb since the Roe v Wade decision in 1973.

Decisions which purge any presence of values reflecting Judeo-Christian principles in our public spaces – schools, public assemblies, etc. – culminated in the Supreme Court redefining marriage in 2015, opening the door to social and economic chaos in the nation.

We must work to restore focus on the principles on which the nation was founded – as a free nation Under God – and to restore understanding and interpretation of the Constitution consistent with the objectives noted in the Preamble – to “secure the blessings of liberty to ourselves and our posterity.”

The United States is an exceptional nation, founded on the unprecedented principle as a free nation Under God.

Departure from first principles, in which today individual freedom and private property are routinely violated, and in which sanctity of life, the family unit and the integrity of marriage have been undermined, causes serious economic and social damage to the nation.

Undermining property protection, sanctity of life, and the integrity of marriage and family have caused disproportionate damage in our minority communities.

CURE works to address these problems, by advancing public policies consistent with the founding principles of our nation.