Inflation Reduction Act Is the Problem, Not the Solution 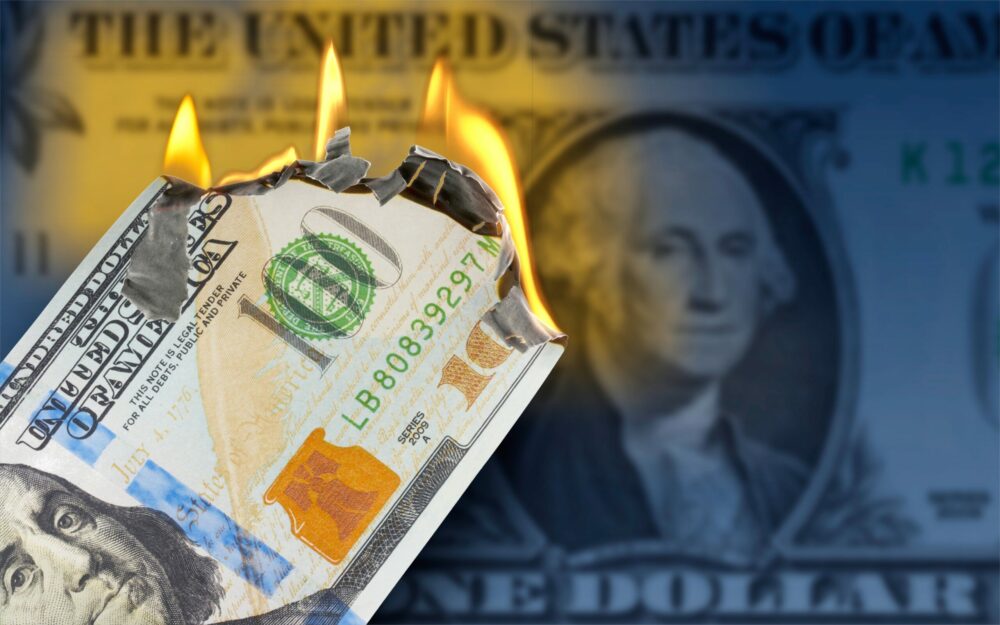 A central pillar of the just-passed Inflation Reduction Act is $80 billion going to the IRS to hire some 87,000 new agents, doubling the current force, to chase down U.S. taxpayers who allegedly are not meeting their tax obligations.

The rationale is we have a large national budget deficit — that is, government is bringing in less money than it spends — so a larger army of IRS agents chasing down tax deadbeats will help solve our nation’s fiscal problems.

But part of this same new law in which U.S. taxpayers are asked to spend $80 billion to hire more IRS agents to shake down their neighbors who are supposedly not paying their fair share, there is $430 billion in new government spending, a large portion of which is earmarked for green energy projects of various shapes and forms.

At the same time that we’re expanding our army of tax collectors, we continue to expand government and spending at an even faster pace.

The Congressional Budget Office has just released its latest Long-Term Budget Outlook, and here we get a broader picture of the problem.

The Congressional Budget Office projects that government will take on average 5% more from our national economy in the next 30 years than it did on average over the last 50 years.

Looking at our GDP in 2022, roughly $25 trillion, at 26% of GDP, government spending will be over a trillion dollars more than it would have been at 21%.

A trillion dollars more in spending on average per year, with another 87,000 IRS agents running after taxpayers to make sure they pay up.

So, the bigger army of tax collectors is about helping raise money to finance ongoing expansion of government and increasing control of government over the lives of private Americans.

Why, as someone whose business is trying to improve the lives of low-income Americans, do I care about this?

Turning pages forward in the CBO report, we get to the really shocking information.

This should shock every American, and it’s getting hardly any attention.

The more our national economy is controlled by government and politicians, the more sluggish will be growth of our economy.

It stands to reason. Growth comes from entrepreneurs, work, creativity. More government means less of all these things and slower growth.

Anyone who cares about helping those who want to get ahead in America should be cheering for faster growth and less government rather than more government and slower growth.

It’s why, as someone who cares about helping low-income Americans get ahead and improve their lot, I care about a growing dynamic economy, not a bloated, sclerotic economy controlled by politicians and Washington special interests.

The so-called Inflation Reduction Act takes matters in the exact opposite direction in which we should be going. Pretending to care about the nation’s fiscal imbalances while adding $430 billion in new spending, all of it driven and defined by Washington special interests, is the problem, not the solution.