Government the Problem, Not Solution, on College Costs 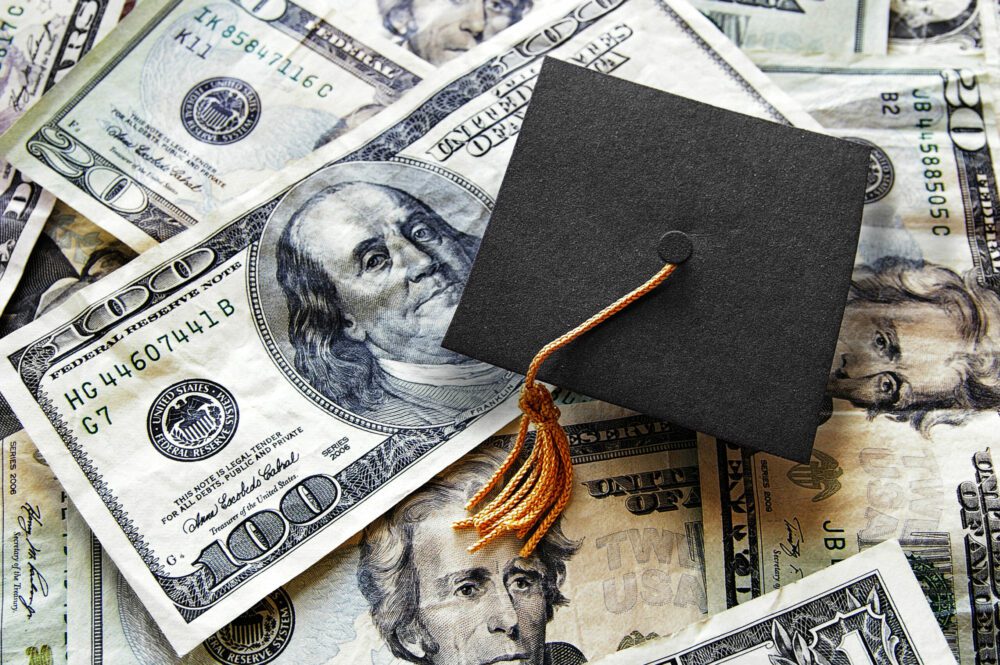 No sooner had President Joe Biden announced his plan for student loan debt forgiveness — $10,000 for non-Pell grant recipients and $20,000 for Pell Grant recipients — the president of the NAACP was complaining that it should be more than twice as much. At least $50,000.

The plan, according to Perry, “does not go far enough in addressing the root of the problem: a postsecondary education system that has seen tuition rise three-fold in the last 30 years. That same system will put future borrowers in peril.”

We have a problem here known popularly as the chicken and the egg.

A picture of the stark reality of way-out-of-line tuition costs is provided by blogger/economist Mark Perry where he shows relative price increases of various goods and services from 2000 to 2022.

The prices of new cars, household furnishings and clothing were unchanged over this period, and the price of cellphone service was down 41% and computer software was down 70.5%.

Whereas the price of college textbooks increased 162%, over the same time period the price of recreational books, according to the Federal Reserve Bank of St. Louis, declined slightly.

The only area that exceeded college tuition increases was hospital services, which were up in price 220%.

The distinguishing factor between areas with large price increases, well above the general rate of inflation, and areas with no change and drops in prices, is government involvement.

Areas with a lot of government in their business — health care, higher education, child care and nurseries — had price increases over time well above the general rate of inflation. Business operating freely without government supports overall were unchanged or dramatically lower in prices.

So, our scholarly friend at the Brookings Institution may well have things backward. Government is not the solution to escalating costs of college tuition and books, but to a large extent the cause.

Universities are free to bloat their bureaucracies and offer programs that are of little practical use, such as various ethnic studies programs and other programs structured to appeal to politically correct themes that are popular with youth. They do it because they know that government programs and supports will bear the costs.

Of course, universities should be free to do what they want. But not on my dime.

How many reading this column would be glad to pay tuition for their neighbor’s children? This is what is going on. But it’s really worse. At least if your neighbor asks you to foot the bill for their child’s tuition, you can refuse.

But now we have a smiling president buying the love of Americans who are happy to see their debts disappear, while those debts are transferred, by presidential fiat, to American taxpayers.

Is this really the way to build a nation of strong character and a thriving, efficient economy?

Regarding the NAACP, I wrote a book called “Uncle Sam’s Plantation: How Big Government Enslaves America’s Poor and what We Can Do About It”.

NAACP is doing its part making college too expensive and getting government more involved to make things worse.