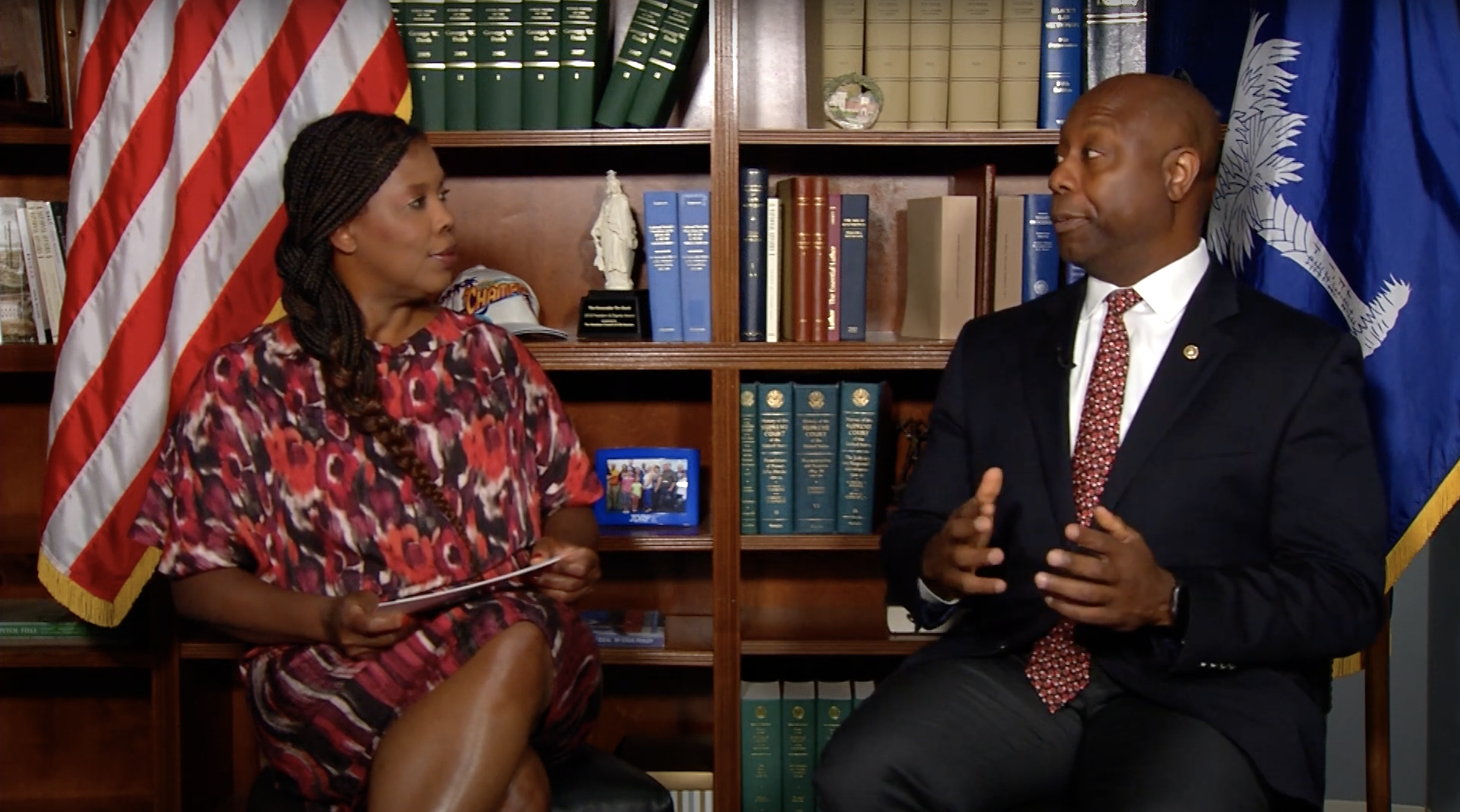 In an exclusive television interview marking the 6th anniversary of the day Dylann Roof murdered nine people and wounded thirteen others in a racist rampage of an African-American church in Charleston, South Carolina, Star Parker speaks with Senator Tim Scott (R-SC) who was instrumental in helping the community come together in prayer and forgiveness after this horrific incident.