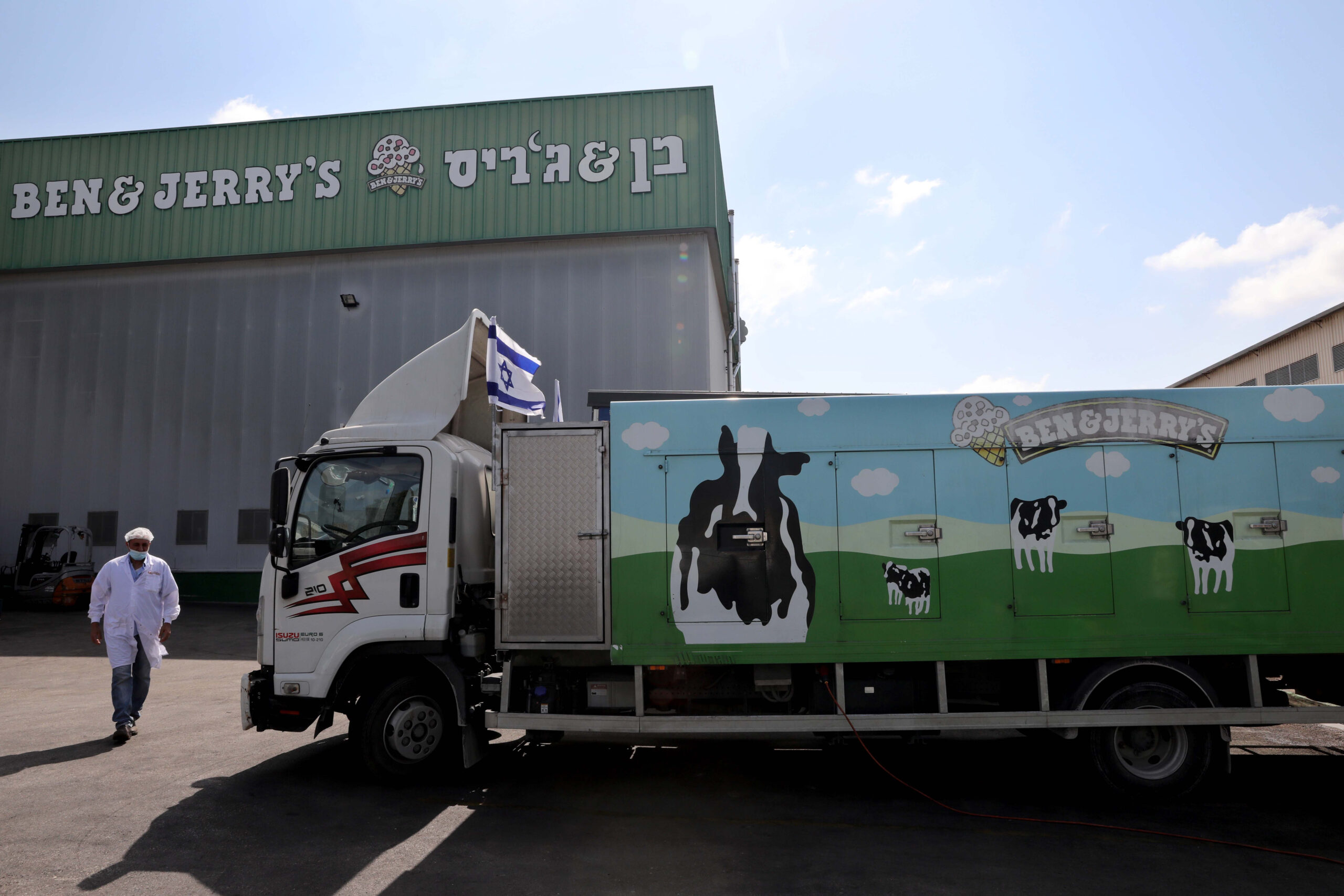 Ben & Jerry’s, noted for its ice cream made from “contented cows,” has produced not such contented consumers in many circles following its announcement to stop selling its ice cream in Israel’s West Bank and in East Jerusalem.

Although the announcement calls these areas “occupied territories,” more accurate would be to describe their status as “disputed” territories regarding Israel’s sovereignty.

These are areas captured by Israel after the Six-Day War in 1967.

Let’s keep in mind that Israel has been in a battle for survival since its founding in 1948.

Israelis are survivors, not conquerors. If not for incessant hostility by its Arab neighbors, the Six-Day War, in which these territories were captured, never would have taken place.

But the point here is the consistency of the confused minds of liberals, that now Ben & Jerry’s shows knows no borders.

The history of the company is proudly recounted on the firm’s website, relating how Ben Cohen and Jerry Greenfield started it in 1978 with a $12,000 investment ($4,000 borrowed) and a $5 correspondence course in ice-cream making.

Prominent in telling their story is their emphasis on how important “core values” are to them.

But the “core values” they ignore are the values that made their success possible.

Those are the values of freedom and capitalism that make it possible to start a small business and building it into a multimillion-dollar enterprise.

In all likelihood, the grandparents of Cohen and Greenfield immigrated to the United States one or two generations before they were born, most likely from Europe. Like most Jewish immigrants, they came to America for freedom and opportunity.

Had their grandparents remained where they were, the chances that their grandchildren would be worth hundreds of millions of dollars today are zero.

Yet their grandchildren, who have achieved so much, do not include freedom and capitalism among the values that they list as important to them.

Greenfield has been a supporter of socialist Sen. Bernie Sanders.

And last year, after the George Floyd incident, the firm announced on their website, “We Must Dismantle White Supremacy.”

The announcement reminded the consuming public of the firm’s commitment to Black Lives Matter.

This is the Black Lives Matter that I wrote about last week that attributes poverty in Cuba not to the communists who run the place but to the United States of America.

Like so many wealthy liberals, although freedom and capitalism made them rich, they want to deprive those who do not have those very values that could make the same possible for them.

But Ben & Jerry’s is not satisfied promoting moral relativism and big government in the U.S., limiting opportunity for the poor in America; they want to bring the same misguided worldview to the Middle East.

Over 100 years ago, when Jews started returning to their ancient homeland, there was nothing there. As author and businessman George Gilder has written, from 1921 to 1943, the new Jewish immigration increased the number of enterprises in the region fourfold, the number of jobs tenfold, and the amount of capital investment one hundredfold.

Today, Israel’s $43,610 per capita GDP is more than 10 times the average of their neighboring countries. This growth has benefited Arabs as well as Jews.

But the liberal mind knows no logic. Only its distorted worldview.

Ben & Jerry’s is not interested in condemning mismanaged neighboring Arab countries for not providing opportunity for their own citizens. They reserve their protest for the one county in the region, Israel, that is working for both Jews and Arabs, due to hard work, creativity, and economic freedom and opportunity.

Ben & Jerry’s wants to spread their left-wing values across the globe, limiting opportunity for the world’s poor.

Like all those from the left, the company damages exactly those who it claims to care about and want to help, all in the name of “core values.”