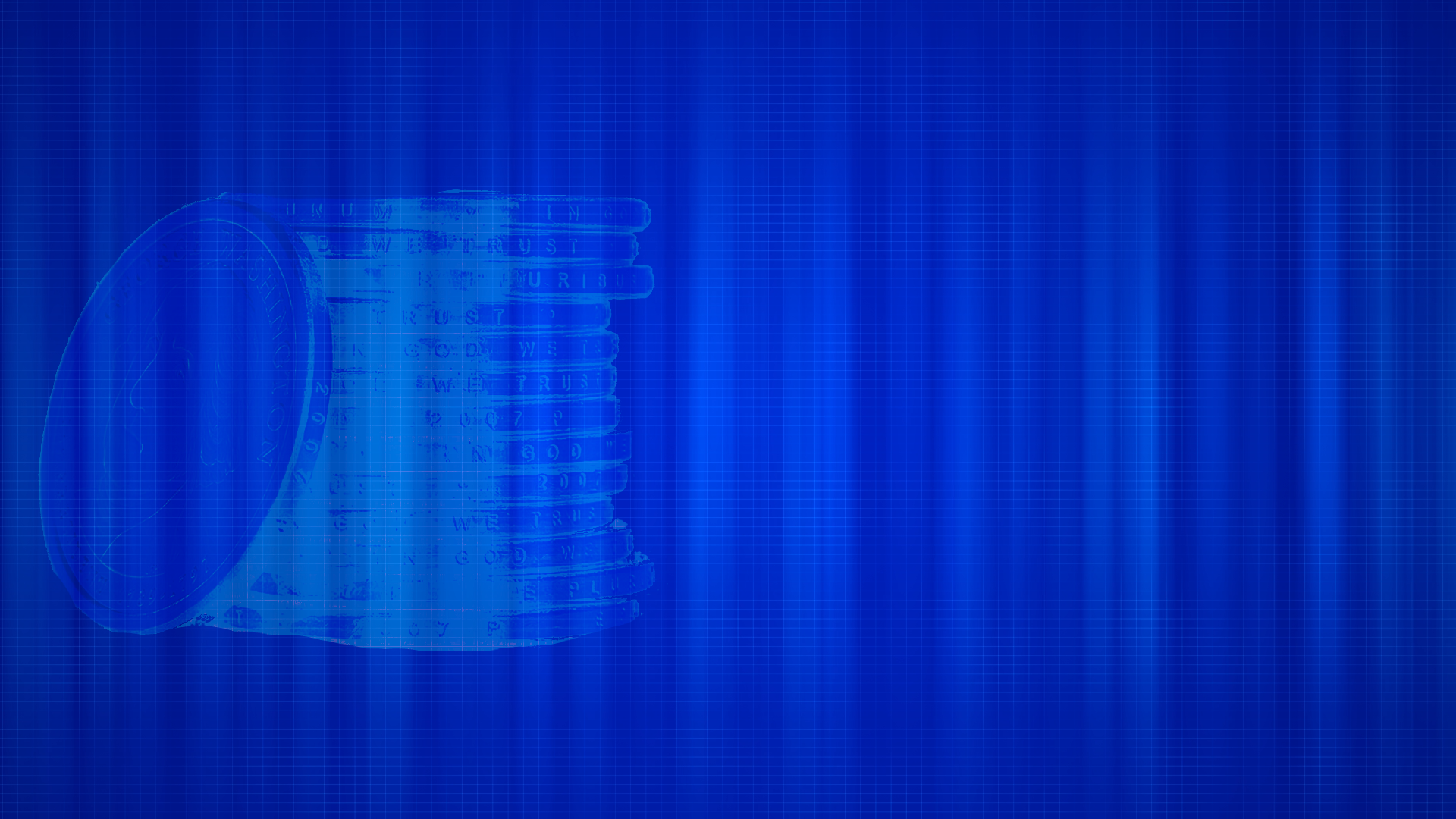 According to the 2019 Trustees report of the Social Security Administration, funds available to meet obligations of OASI, old age insurance component of Social Security, will fall short by 77 percent in 2034. This means either a large tax increase or a large benefit cut.

CURE recommends reforming Social Security by transforming it into a system of ownership through personally owned retirement accounts to replace the current pay-as-you-go government taxation and spending program.

CURE recommends as a starting point to allow all working Americans up to age 30, earning up to $30,000 annually, to immediately exit the current system, cease paying payroll taxes, and invest 10 percent of their taxable income in a personally owned retirement account.

The Social Security Act was signed into law by President Franklin D. Roosevelt on August 14, 1935. The purpose of the act was to provide social insurance for Americans that would provide protection “against the hazards and vicissitudes of life.”

A key provision of the new law was the establishment, for the first time in the United States, of a “federally administered system of social insurance for the aged financed through payroll taxes paid by employees and their employers.”

Although Social Security old age benefits are widely thought of as a nation pension program, the program does not have the commonly understood structure of pensions, in which funds are invested over an individual’s working life, and then payments are made in retirement drawn from the returns on those funds that were invested.

Social Security is really a government program of taxation and spending. The former levies payroll taxes on working Americans and then the latter uses the revenue of these payroll taxes to make payments to retired Americans.

Crucial to appreciate is that retirees do get receive their stipulated benefits under any legal, contractual right. Thus the federal government can change what is paid, how it is paid, and if it is paid, as it wishes. This clarification was made in a Supreme Court decision, Fleming v. Nestor, in 1960.

We might say that Social Security consists of paying certain defined taxes in order to receive uncertain undefined benefits.

Currently, working Americans pay the payroll tax up until their income reaches $132,900. This wage base has been regularly adjusted and raised as a means for increasing revenue into the system.

Why is Social Security in trouble?

Because the fiscal structure of Social Security is driven by current retirees receiving annual payments that are financed through payroll taxes paid by those currently working, the fiscal viability of the system is driven by demographics – the number of working age Americans per every retiree.

A situation such as we have today, where the population is ageing due to declining birth rates and increasing life spans puts increasing strain of the viability of the system. Fewer and fewer working Americans are available to pay taxes to support every retiree.

For perspective on how this ratio has changed in time, in 1940, per the Social Security Administration, there were 41.9 working Americans paying payroll taxes for every retiree collecting benefits.

In 2018, the covered worked to beneficiary ration was down to 2.8 to 1. The Social Security Administration projects that over the next 15 years this ratio will drop to 2.1 to 1.

As result of this declining worker to retiree ratio, the latest report of the Trustees of the Social Security Administration indicates that by 2034 revenues will cover just 77 percent of the required benefit payments.

In order to meet obligations in 2034, according to SSA, payroll taxes will have to be raised from the current 12.4 percent to 16.5 percent — a tax increase on every working American of 3.65 percent. Or, benefits must be cut of 23 percent. Or, a combination of these two options.

Too little attention is given to the fact that the constitutionality of Social Security was challenged after it was signed into law in 1935. The Supreme Courts decision in this case – Helvering v. Davis – changed the nation’s landscape regarding the justification for the federal government to levy taxes. The decision opened the door for the modern American welfare state.

The preamble to the 1935 Social Security Act reads: “An act to provide for the general welfare by establishing a system of Federal old-age benefits….”

Article 1, Section 8 of the U.S. Constitution reads “The Congress share have Power To lay and collect taxes, ……(to) provide for the common Defense and general welfare….”

How should we understand the basis upon which the constitution authorizes congress to levy taxes for the “general welfare?”

Does this mean Congress can levy taxes to pay for anything it wants to do, calling this “general welfare.”

“Promote the General welfare” is cited in the preamble of the constitution as one of the reasons for establishing the U.S. Constitution.

Robert A. Levy and William Mellor explain in the their book The Dirty Dozen: How Twelve Supreme Court Cases Radically Expanded Government and Eroded Freedom, that James Madison, one of the key initiators and drafters of the U.S. Constitution, understood “general welfare” as tied and limited to the specific functions of the federal government as enumerated in the constitution.

This opened to broad, almost limitless basis for congress to tax, and to levy taxes and transfer revenue among and to various citizens.

This constitutionally justified Social Security and opened the door to the modern American welfare state.

Where do we go from here?

We hear proclamations from politicians about their unwavering commitment to “save Social Security.”

But our focus should not be “saving” any particular government system or program, but rather to save the United States as the free nation with limited government that it was designed be, and to assure that the manner in which government is administered maximizes the interests and welfare of all Americans.

“Saving Social Security” as it is currently structured – basically the same structure that it has had since its establishment almost 85 years ago – fails both these tests.

In principle Social Security takes federal government action far beyond what the nation’s founders conceived. But also, it does not maximize the welfare and interests of American citizens.

If we ask the question, if we did not have this system and set out to design a national pension system today from scratch, would we create what we now have? The answer is clearly no. if this is the case, we must change what we have to create a program that maximizes the interests of all Americans.

Social Security should be reformed to create a national pension system that is based on personal ownership and investment – not on government taxing and spending.

Such a reform would be consistent with the principles of the nation and would serve far better the interests individual citizens.

Social Security – a national pension system – based on individual ownership rather than government taxing and spending – has two important advantages:

One source of resistance to reforming Social Security to personal investment accounts is concern that stock ownership is risky. But Yass and Moore point out that, despite short run volatility of stocks, long run return are extremely stable.

In 2010, William Shipman, formerly a principal at State Street Bank, and Peter Ferrara, then director of entitlement and budget policy at the Institute for Policy Innovation, published their research in the Wall Street Journal comparing what real historical returns would have been for a couple, earning lifetime average income for all workers, had they invested their payroll taxes over their 45-year working life. They also made the critical assumption that the couple retired the year after the large drop in the stock market in 2008.

Despite a 37 percent drop in the value of their investments in 2008, the overall return from 1965 to 2009 was 6.75 percent. This would have provided them earnings, according to the authors, that would have paid them 75 percent more than they would have received from Social Security.

The Committee to Unleash Prosperity retained the Tax Foundation to run results of a plan in which 10 percent of taxable individual income is invested rather than paying Social Security taxes. The analysis was done for a wide range of incomes and family situations.

For a low-income couple, in which one earner earned over a lifetime 45 percent of the mean national income and the other earner 25 percent, the results are:

For a working life beginning in 1967 and retiring in 2015, this couple would have had an account valued at $738,360 at retirement. They could purchase a retirement annuity (a fixed annual payment for the remainder of one’s life purchased from an investment or insurance company) paying $58,807 annually, compared to $21,045 that they would have received from Social Security. If they chose to continue to invest after retirement, rather than purchasing an annuity with their accumulated savings, a balanced portfolio of stocks and bonds would have provided $40,610 annually, compared to the $21,035 from Social Security, and $750,000 would be left intact to bequeath to heirs.

For a low-income single individual earning over a lifetime at 25% the national median income, investing 10% in a retirement account would produce an account valued at $263,957 at retirement. This would enable purchasing an annuity that would be $21,023 annually after retirement compared to $9,112 that this individual would have gotten from Social Security.

Gallup reported in 2019 results of survey of the percentage of American households owning stocks, either in or outside of a retirement account.

Stock ownership (average 2009 to 2017) percentage by household income is as follows:

Maintaining Social Security in its current form does not serve the interests of the nation or its citizens. Social Security should be transformed into a system of personal ownership by allowing working Americans to invest in a personally owned retirement account rather than paying Social Security payroll taxes.

Transforming the system into one of personal retirement accounts would solve the fiscal problems of the current pay-as-you-go tax and spend system and would also create a new platform for wealth accumulation for all Americans that would disproportionately benefit low-income Americans.

One starting point that might be considered would be to immediately allow all working Americans up to age 30, earning income up to $30,000 to have option to immediately exit the Social Security system and invest 10 percent of their taxable income in a personal retirement account rather than paying Social Security taxes.