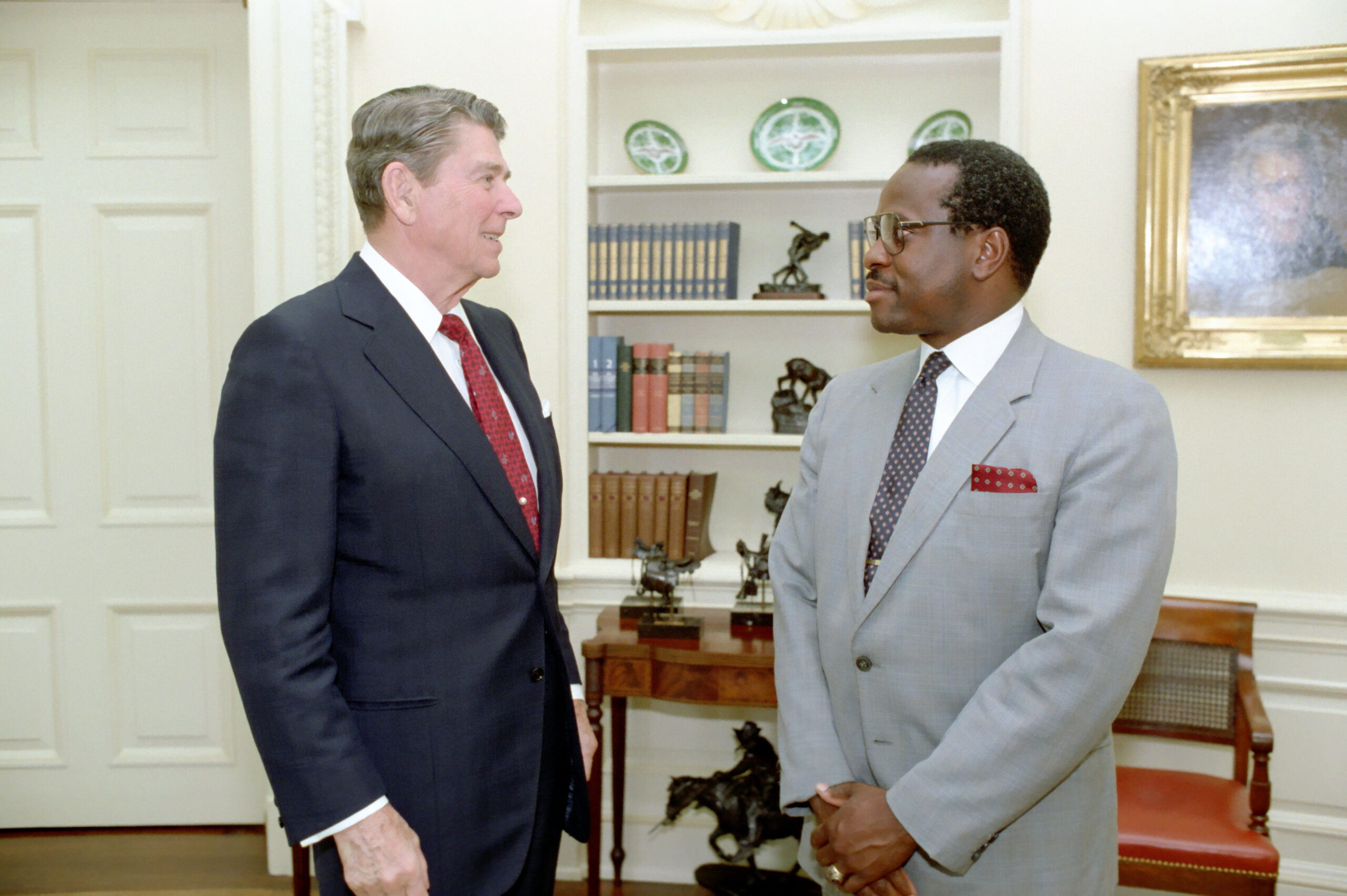 Supreme Court Associate Justice Clarence Thomas is once again in the crosshairs of liberals.

This has been going on since his confirmation hearings in 1991, when President George H.W. Bush had the temerity to nominate a Black conservative to take the Supreme Court seat of Thurgood Marshall.

Thomas’ confirmation hearings provided a laboratory showing how low liberals are willing to go to try to discredit a conservative, even more so one who is Black.

Now liberal journalists are having their most recent field day because it happens that Thomas’ wife, Ginni, is a conservative like him, is an American patriot like him, and is personally invested, like her husband, in safeguarding our Constitution’s integrity, written, as its drafters wrote in its preamble, “to secure the blessings of liberty.”

The sparks were fanned, hoping to create a forest fire, about alleged conflicts of interest in a New Yorker article by liberal muckraker Jane Mayer, who has made a career of hatchet-job journalism aimed at conservatives.

Mayer’s article leads with her concern about politics finding their way into the Supreme Court, as evidenced by “a recent Gallup poll” showing “the Supreme Court has its lowest public-approval rating in history.”

But equally germane, and of course of less interest to Mayer, is Gallup polling from the same date showing Americans’ trust in media standing at 36%, the second lowest on record.

Liberal journalists only look for smoking guns when conservatives are the target.

Where were all the liberal journalists when The New York Post broke the story 17 months ago about emails on Hunter Biden’s laptop showing he was doing business deals, profiting on his vice president father’s position? He even cut his father a piece of one of the deals. The story went unreported through the presidential election. Only now is The New York Times reporting it as real.

How about President Joe Biden’s nominee for vice chairman of Supervision of the Federal Reserve Board, Sarah Bloom Raskin? Her husband, Rep. Jamie Raskin, was hit with a House ethics violation for late reporting of a $1.5 million stock sale by his wife in a firm where she may have had a conflict of interest.

We could, of course, discuss America’s favorite power couple, Bill and Hillary Clinton, now worth tens of millions despite careers in politics and public service.

The point is, there are no bureaucratic ethics rules that displace what is the real driver of what matters — personal integrity.

There is no decision that Clarence Thomas has ever made on the Supreme Court than cannot be traced directly to his rigorous and principled scholarship and commitment to the U.S. Constitution. Period.

Similarly, Ginni Thomas, who sat on the board of my organization CURE for some 15 years, is motivated by one thing — preservation of our nation as a free nation under God.

The real bottom line is one liberals don’t want to hear. The way to limit questions about ethics in government is to keep government limited and small. It’s exactly what America’s founders had in mind and the exact opposite direction in which liberals have taken our nation.

We owe thanks to Clarence and Ginni Thomas for their relentless struggle to preserve the integrity of our Constitution and the principles that keep our nation free, despite being under endless siege by the liberal media.